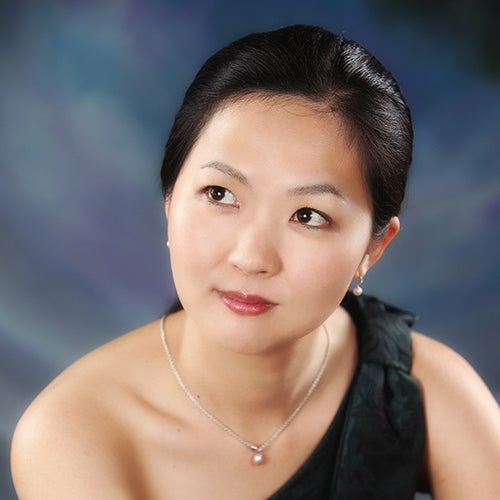 Pianist Akina Yura joined the faculty at Rensselaer Polytechnic Institute in 2018. Her concerts have been heard throughout the United States, Europe, and her native Japan. She has performed as a guest recitalist in numerous concert series, including the Pianodrom International Piano Festival in Albania, the Kaleidoscope MusArt concert series, and the SUNY at Albany Performing Arts Center concert series. Furthermore, her appearances as a chamber musician include concerts as a collaborative pianist for the Castleman Quartet Program and the College of Saint Rose Camerata concert series.

In addition to her position at RPI, Yura also serves on the piano faculty at The College of Saint Rose (Albany, NY) and maintains an active private studio. Her private students have been placed as top prize winners at national and international piano competitions.

She is also a co-founder and co-director of Kaleidoscope MusArt, Inc., a non-profit organization based in Miami, FL, which focuses on the promotion of newly composed and rarely heard works along with standard masterworks of the classical canon. In addition to frequent performances in the concert series, Yura actively supports the management for the execution and growth of the organization’s missions.

Passionate in exploring a wide range of repertoire, Yura continues to incorporate both well-known classical works and new and underrepresented music in her performance and in her teaching. Her debut CD, Mutsuo Shishido Complete Works for Piano (MSR Classics) has been hailed by critics for “first rate” and “fantastic playing... full of sensitive nuances” [American Record Guide]. Fanfare Magazine critic Peter Burwasser wrote: “I cannot imagine a better advocate for this music than the wonderful young pianist Akina Yura.” She has also compiled and written the first extensive biography of the composer and provided analysis of his complete piano works. The project was funded by Presser Foundation.