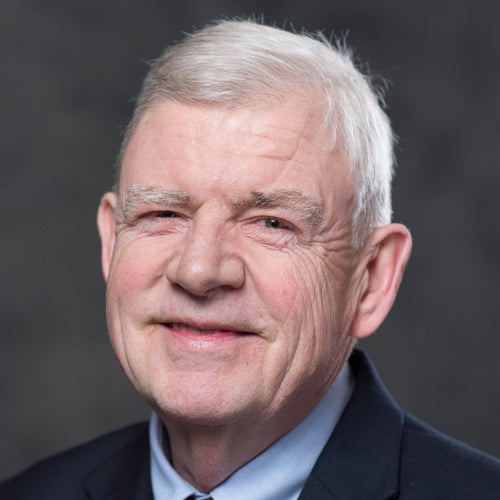 Donald Drew earned his bachelor’s, master’s, and doctoral degrees in mathematics from Rensselaer. In between his long tenure at the Institute, Drew conducted postdoctoral research at MIT, and taught for two years at New York University. Drew works in the area of multiphase flows, which are flows in which more than one material moves. Applications include sedimentation, boiling filtration and separation. A common example of the latter is the separation of a carbonated beverage and its “head”. It is an exciting area because of the complexity which can occur in such flows, and also because the simplest set of equations you can write are “ill-posed” — flawed in a very fundamental way. Even though the simplest equations are incorrect in this way, many predictions obtained from them appear believable. Should the right equations be very different from the wrong ones? To try to answer this question, Drew is examining solutions of the equations which represent special physical phenomena in the flows and how sensitive the predictions are to the equations. The physical phenomena include the formation and propagation of “structures” in the flow, such as shocks and transitions, including the interface between the beverage and its foamy “head”. There are some deep physical questions encountered along the way. Specifically, one wants to know how the equations appear in different coordinate systems. Since coordinate systems are human inventions, the materials cannot know one from another. This gives information about the form the equations can take. Another question involves the concepts of entropy and disorder. The motion of liquid flowing around a bubble has a “disorder” in it on the scale of the bubble size, but this is vastly different than the thermal motions usually treated with thermodynamic ideas. On the other hand, this “disorder” associated with the motion cannot all be reordered, or recovered, without some expenditure of energy. Drew feels that results in this important technological area can give insights in other areas of mechanics, for example, in the relation between gas dynamics and the dynamics of a large collection of gas molecules.