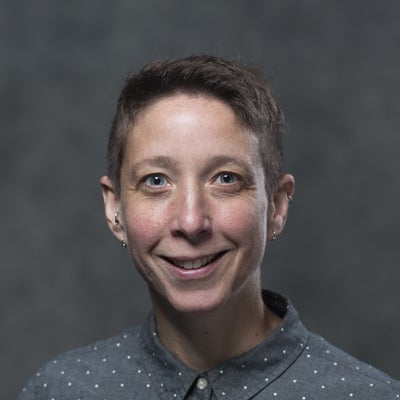 Elizabeth Press (EP/They/Them) is a media-maker and educator based in Troy, NY, interested in socially engaged practices, experimental documentary, and politics. Press cut their teeth in journalism as a producer for the independent TV/Radio program, Democracy Now!. As a videographer, producer, and editor, Press worked with BRIC Arts Media, StreetFilms, PBS, and covered years of the UN climate negotiations. Press is a lecturer in the Arts Department at Rensselaer Polytechnic Institute teaching classes in filmmaking and television production. Press has also taught classes at New York University, The New School, Fulton Montgomery Community College, and several after-school and community media centers. Press is dedicated to the production of independent media and is on the board of the Sanctuary for Independent Media. In 2017, Press helped launch the daily magazine show called The Hudson Mohawk Magazine. Press is a Fulbright Scholar, has an MFA in Electronic Arts from Rensselaer Polytechnic Institute, and a BA in Anthropology from Ithaca College.