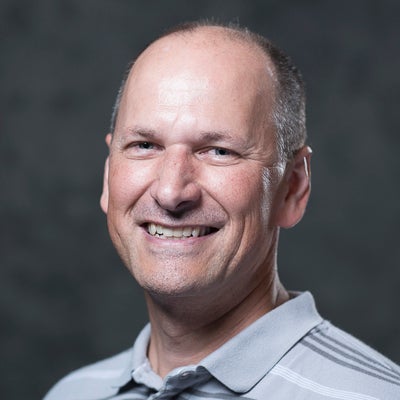 Dr. Ameres returned to RPI after a successful career in industry developing multimedia tools and technology in a number of fields. He has developed groundbreaking MIDI and music software, tools for game developers as well as video and audio compression and streaming technology (including over a dozen patents now held by Google) that has become the format of choice on many of the most popular video platforms on the internet.
Ameres completed his M.S. and Ph.D. at RPI while working as Sr Research Engineer at Rensselaer's Experimental Media and Performing Arts Center (EMPAC) where he and collaborators developed "The Campfire", a novel, immersive and interactive visualization system allowing for a unique form of "spatialization" of complex data. He continues to develop applications for The Campfire as an affiliate of Rensselaer's Institute for Data Exploration and Analytics (IDEA).
Fun facts: Ameres' family connection to RPI goes back to the class of 1918 and includes 6 alumni of the Institute (so far)! Coincidentally, Ameres' high school best friend is a direct descendent of none other than Stephen Van Rensselaer himself!