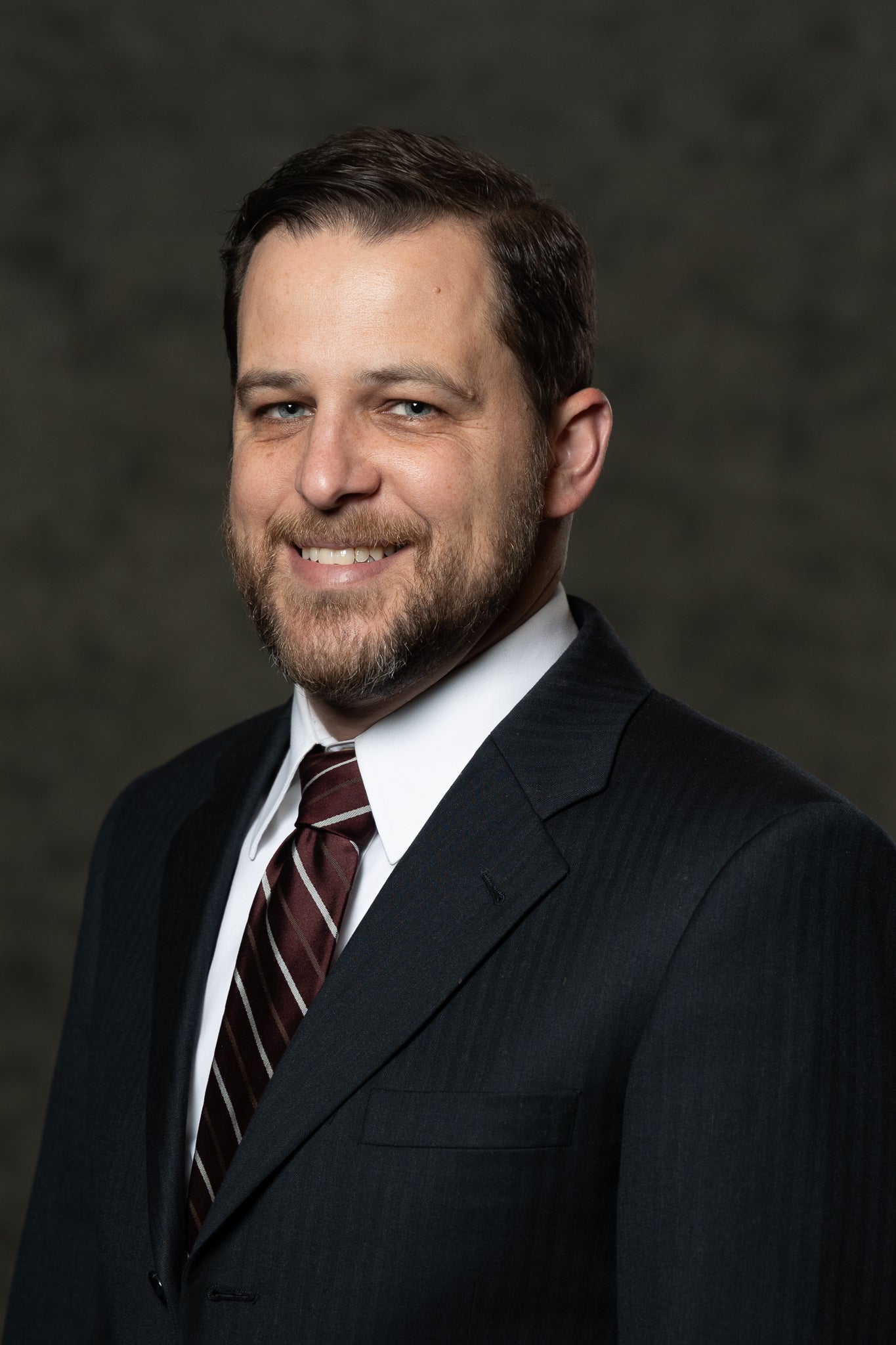 Dr. Olson's non-traditional introduction to academia occurred when the Nuclear Engineering Department at Rensselaer Polytechnic Institute launched the Navy-Malta Program, a remote campus near the Navy Training Facility in West Milton, NY that enabled active duty military personnel to earn a bachelor’s of science in nuclear engineering and/or engineering physics. At that time, Dr. Olson was a Junior Instructor and compared the job offers for Senior Instructors that earned the Bachelor of Science at RPI to those that chose alternate paths and decided to earn the RPI degree as well. With insufficient time remaining on his Junior Instructor tour, Dr. Olson had to commit to a subsequent Senior Instructor tour at the West Milton Facility, after completing an operational assignment on a nuclear submarine, in order to achieve his goal.

Dr. Olson was assigned to the USS ANNAPOLIS (SSN-760), a Los Angeles Class (688i) submarine in Groton, CT. in September 1999 and was quickly promoted to Technical Leader of the Chemistry and Radiological Controls Group where he oversaw several technology modernization implementations such as computer-based engineering documentation, novel chemistry control methods, and other classified technology-enabled operational transitions. Prior to September 11, 2001, Dr. Olson's primary responsibilities were monitoring and documenting operational factors related to retrofitting the novel chemistry control method such monitoring for potential deposits of radioactive corrosion products in low flow piping, identifying new trends in routine chemistry analyses, and resolving supply chain constraints for new chemical reagents. After the 9/11 Terror Attacks on the World Trade Center, Dr. Olson was tasked with the unprecedented responsibility of ensuring the nuclear reactor and steam plant chemistry controls remained within technical specification as the legacy Cold War submarine was increasingly tasked with unorthodox mission parameters, essentially invalidating the historic basis of common trend analysis techniques. Dr. Olson and his team had to develop predictive chemistry trend techniques, accounting for those trends related to the novel chemistry methods and the dynamic mission parameters. Although specific details remain classified, since the USS ANNAPOLIS was the test platform for a specific military intelligence technology, mission parameters were consistently pushed far beyond the original design parameters of the 688i submarine platform.

Upon successful completion of the submarine tour, Dr. Olson was granted permission to be assigned as a Senior Instructor at the West Milton Facility on the condition that he agree to be the Technical Leader of the Chemistry and Radiological Controls Training Program to lead the upcoming curriculum modernization effort. Since the curriculum revision would require extensive changes to the Radiological Controls segment, Dr. Olson would also be required to complete the Radiological Controls Technician Qualification School in Portsmouth, VA. He accepted the position on the condition that the curriculum modernization efforts not interfere with his pursuit of a bachelor's degree from RPI.

In order to prepare Dr. Olson and his team for the curriculum modernization effort, the U.S. Navy commissioned a technical training consulting firm to develop a custom certification program in educational psychology. The certification program was a combination of educational psychology fields to focus on curriculum planning, development, and learning outcomes in technical training while also incorporating e-Learning methodologies. During the modern curriculum development phase, Dr. Olson and his team were required to continue teaching the legacy curriculum to maintain talent pipeline throughput to maintain fleet readiness.

Based on his experience in transitioning the U.S. submarine fleet from Cold War to Global War on Terror tactics, Dr. Olson was recruited by a small team of Industrial Researchers at GE in Schenectady, NY in 2007. The team mission was to disrupt the energy sector by developing innovative power generation technology to transition the company from legacy oil and gas revenue to a clean energy technology company. In order to understand how to develop technology for the purpose of maximizing customer value, he earned a master’s degree that consisted of six power generation-centric engineering courses in power generation technology (wind, solar, gas turbine, design for manufacturing, semiconductors, and sustainability) plus five business courses.

While working for GE, Dr. Olson was awarded multiple patents in several countries and developed many proprietary innovations to power generation technology, many of which significantly contributed to multiple Guinness World Records for Combined Cycle Power Plant Efficiency. In addition to technology advancements in thermal power systems, he pursued development of numerous nuclear power generation concepts but the absence of existing channels to market critically hindered progress. After shifting his focus to building channels to market for novel nuclear technology, he quickly realized that a dedicated effort to broadening the general knowledge of nuclear physics throughout the business unit would be needed before significant progress could be made. At that point, Dr. Olson began incorporating various aspects of his educational psychology background into his nuclear technology development activities.

After numerous volunteer activities in local suburban and inner-city precollege environments, Dr. Olson developed a system of hands-on STEM exercises he believed would enable him to teach introductory nuclear physics to elementary students without the need for mathematics or prerequisite scientific knowledge. Over the course of several month, working with a local elementary teacher, he developed a series of learning modules that he would use to teach fourth and fifth graders nuclear and chemistry fundamentals. The learning session was successful beyond his greatest expectations and ultimately convinced him that is best option for positively impacting the energy sector was to publish his research in pursuit of a doctoral degree and pursue a career in academia.

Certificate, How to Plan, Develop, and Evaluate e-Learning for Technical Training (2004), Clark Training and Consulting

Additionally, Dr. Olson has an extensive background in Engineering Education including more than five years as an instructor for the U.S. Navy Nuclear Propulsion Program where he was certified in applied educational psychology prior to leading a curriculum modernization effort for the Chemistry and Radiological Controls School. Upon transitioning to his role as a Senior Engineer in the General Electric Co. Advanced Technology Group, he spent countless hours mentoring early career engineers in understanding the potential of novel power generation technology that can utilize energy stored in the atomic nucleus.

Dr. Olson's current research resides at the intersection of nuclear physics and educational cognitive psychology. He understands that a successful educational outcome is dependent upon the preexisting knowledge a learner already posses and their ability to assimilate and synthesize complex theory.

In order to further power generation technology development at the nano-scale and smaller, Dr. Olson is continuing to develop novel STEM curricula for incorporation into pre-college classrooms, higher education classrooms, and informal STEM settings at home or other environments beyond the classroom.

I believe education is a partnership between a teacher and student. As a teacher, I have the responsibility to maintain the standards and integrity of academia and the student has the responsibility to do the work necessary to learn. It is important for me to make learning as easy, fun, and engaging as possible without compromising the standards or reputation of a learning institution like RPI. While I believe it is possible to influence the student learning process by motivating and inspiring, there are limits to how much I can motivate or inspire and ultimately it is up to each student to assimilate knowledge.

Introduction to the First and Second Laws of Thermodynamics for open and closed systems. Thermodynamic properties of solids, liquids, and gases. Elementary power and refrigeration cycles.

A capstone design experience that engages students from biomedical, computer systems, electrical, industrial, materials, and mechanical engineering on teams in an open-ended engineering design problem in preparation for professional practice. With the guidance of a multidisciplinary team of faculty members and instructional support staff, students apply knowledge and skills from prior coursework. This is a communication-intensive course.