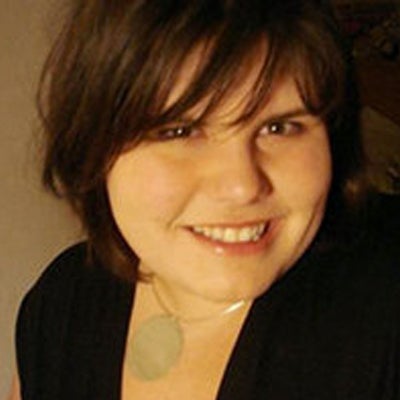 Kate Galloway is Assistant Professor in Ethnomusicology, Sound Studies, and Games at Rensselaer Polytechnic Institute. She was previously on faculty at Wesleyan University and held the position of Postdoctoral Research Fellow at Memorial University of Newfoundland's Research Centre for the Study of Music, Media, and Place (MMaP) and School of Music, funded by a SSHRC Insight Development Grant (2014-2016) and Adjunct Assistant Professor. From 2012-2014 she held a Social Sciences and Humanities Research Council (SSHRC) Postdoctoral Fellow and received the prestigious 2012 SSHRC Postdoctoral Prize, the first time the prize has been awarded to a music scholar.
In 2013 she received the Society for American Music’s Cambridge University Press Award for her project on the cultural heritage, history, and performance practice of the St.John’s Sound Symposium’s Harbour Symphony.

Her research and teaching interests include experimental musics and sound art of the 20th and 21st centuries; Indigenous modernities in the performing arts;  posthumanism and animal studies; music and digital media and game studies; science and technology studies; social justice and sonic culture; sound and sensory studies; critical popular music studies; and digital humanities. Her monograph Remix, Reuse, Recycle: Music, Media Technologies, and Remediating the Environment under contract with Oxford University Press examines how and why contemporary artists remix and recycle sounds, musics, and texts encoded with environmental knowledge.

Kate received her PhD in Musicology/Ethnomusicology from the University of Toronto. She completed her MA at the University of Toronto (2005) and her BMus at Queen’s University (2003). She also completed a Graduate Certificate in Digital Humanities at the University of Victoria (2016). Her doctoral dissertation PhD dissertation, “Sounding Nature, Sounding Place”: Alternative Performance Spaces, Participatory Experience, and Ritual Performance in R. Murray Schafer’s Patria Cycle, is an ethnographic exploration of the intersections and confluence of contemporary opera practices, soundscape studies, alternative and experimental performance spaces, levels of audience participation, and ritual observance and performance in contemporary performing arts.

From 2003-2007, she conducted fieldwork with Patria Music Theatre Projects as a production assistant, a member of the creative team, and a performer (flute, voice, auxiliary percussion, and canoe) in Patria the Prologue: The Princess of the Stars, Patria 7: Asterion, Patria 9: The Enchanted Forest, and Patria the Epilogue: And Wolf Shall Inherit the Moon. While at the University of Toronto, she was an elected Massey College Junior Fellow.

From 2010-2012 she taught in the areas of 20th and 21st century music, Canadian music practices, and popular music studies at the University of Guelph, Wilfrid Laurier University, and Western University. Her work is published in Ethnomusicology, MUSICultures, Tourist Studies, Sound Studies, The Oxford Handbook of Hip Hop Music, The Oxford Handbook of Music and Advertising, Playing for Keeps: Improvisation in the Aftermath of Crisis, and Music in the Role-Playing Game: Heroes and Harmonies.

Music, Sound, and the Internet

The following is a selection of recent publications in Scopus. Kathleen Galloway has 13 indexed publications in the subjects of Arts and Humanities, Social Sciences, Business, and Management and Accounting.