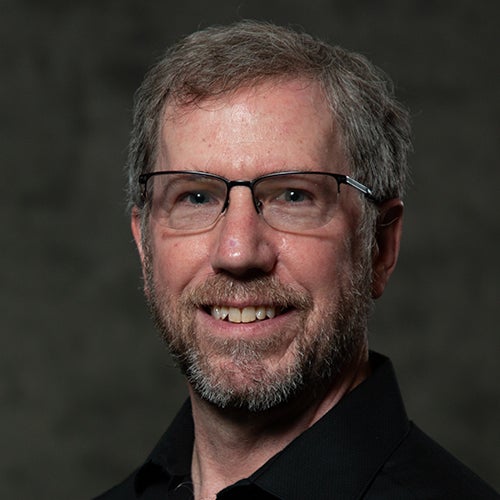 Mark Foster is a full time percussionist and educator. A member of the Grammy winning Albany Symphony Orchestra for over 40 years, he has performed with them at Carnegie Hall and Kennedy Center and has recorded over two dozen albums with them on CRI, Naxos, Koch, Albany and Decca labels. Additionally he has performed several seasons with the Williamstown Theatre Festival, including Bridges of Madision County (winner of 2 Tonys), Far From Heaven, Legendary Romance and Unknown Soldier. His performances with the New York State Theatre institute took him to Moscow and Jordan. He was named Best Crossover Musician in Times-Union’s Annual “Best Of” Awards.

In addition to RPI, Mark continues to teach at the College of St. Rose where he conducts the Percussion Ensemble and teaches Music Performance and Industry Majors, a position he has held for over twenty years. As co-conductor of the Empire State Youth Percussion Ensemble, he has brought the group to perform at the Eastman School of Music, Manhattan School of Music, Queens College, Purchase College, Percussive Arts Society International Convention in Orlando. Florida, and the New Jersey Day of Percussion. The group was recently invited to collaborate in a program at the Saratoga Performing Arts Center with the Philobolus Dance Company. Additionally, ESYPE was invited by the Albany Symphony to perform works commissioned for them by young leading composers as well as a celebration of the works of Joan Tower.

As a freelance drum set performer he has appeared in clubs across the country backing artists such as Ellen Mcilwaine, Wanda Jackson, Bill Kirchen, Billy C. Farlow and Jay Traynor. He has opened for Ringo Starr, the Hollies with Graham Nash, Modern English, Levon Helm, David Nail, Men Without Hats, Average White Band, Ambrosia, Jefferson Starship and Third World. He has performed onstage and recorded with Stewart Copeland. He has also performed in larger backing ensembles with the Moody Blues, Aretha Franklin and Dennis DeYoung. He has appeared in the Smithsonian Channel’s special on Wanda Jackson and on commercially released videos performing with the Moscow Musical Theatre for Children. As a member of the Empire Jazz Orchestra, he has performed with Rufus Reid, Lew Soloff, Randy Brecker, Benny Golson, Dave Holland and numerous others. He has also performed at the Newport Jazz Festival with the Albany Big Jazz Band.

Mark has written articles and been a clinician on technology in percussion for Percussive Arts Society. He has also presented a drum set clinic for the annual NYSSMA Conference. Additionally, he has beta tested pgmusic’s Band-In-A-Box program for the past decade. He is a member of the Sabian Education Network and the D’Addario Education Collective. Mark has a private teaching and recording studio in Glenmont, NY.