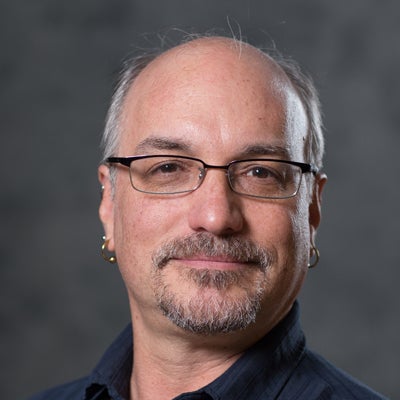 Matthew Goodheart is a composer, improviser, and sound artist. Following an early career as a free-jazz pianist in the fertile San Francisco Bay Area, he has developed a wide body of work that explores the relationships between performer, instrument, and listener. His diverse creations range from large-scale microtonal compositions to open improvisations to immersive sound installations – all unified by the analytic techniques and performative methodologies he has developed to bring forth the unique and subtle acoustic properties of individual musical instruments. Goodheart’s approach results in a “generative foundation” for exploring issues of perception, technology, cultural ritual, and the psycho-physical impact of acoustic phenomena.
His work has been featured throughout the US, Canada, and Europe in such festivals as Neue Musik Köln, MaerzMusik, The International Spectral Music Festival, June in Buffalo, Klappsthulfest, Jazz Ao Centro, The Illuminations New Music & Arts Festival, and many others. He has performed and recorded with such luminaries as Wadada Leo Smith, Fred Frith, Pauline Oliveros, Glenn Spearman, Davvid Wessel, Gianni Gebbia, Vladimir Tarasov, Jack Wright, and Cecil Taylor, and the new music ensemble sfSoundGroup. He has won numerous awards and honors, including the a Civitella Ranieri Fellowship, 2014 Berlin Prize in Music Composition, and a 2013-14 Fulbright Grant to the Czech Republic where he worked with the historic quartertone pianos designed by Alois Hába. In addition to earning a Ph.D. in Music from U. C. Berkeley in 2013, from 2015-2017 he was a Mellon Postdoctoral Fellow at Columbia University.
His current work focuses on “reembodied sound,” a technique in which small transducers are attached to resonant objects, such as gongs and cymbals, causing them to resonate autonomously. In addition to numerous compositions, structured improvisations, and sound installations, he has worked toward creating an aesthetic and practical discourse surrounding this emerging practice, including organizing “Reembodied Sound: a symposium on transducer based music and sonic art” at Columbia University in April of 2017. He also administers the “Reembodied Sound Wiki” at www.reembodiedsound.org

The following is a selection of recent publications in Scopus. Matthew Goodheart has 2 indexed publications in the subjects of Engineering, Arts and Humanities, and Computer Science.