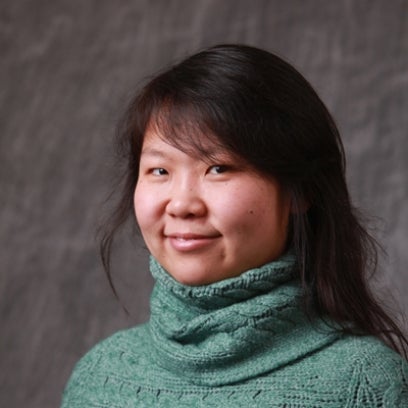 Mei Si is primarily interested in is artificial intelligence and its application in virtual and mixed realities. In particular, her research concentrates on computer-aided interactive narratives, embodied conversational agents and pervasive user interface, elements that make virtual environments more engaging and effective. Si has been using her research to develop virtual environments and intelligent conversational agents for serious games. In one example of her work, Si helped to develop the Tactical Language Training System, a large-scale (six to twelve scenes each for three languages) award-winning project funded by the U.S. military for rapid language and culture training. The system has been used by thousands of military personnel.
“Computer-aided interactive narrative is a new form of media that allows the user to play a role in a story and interact with other characters controlled by an automated system. The user’s choices of actions affect the development of the story,” said Si. Narrative itself is a central part of the human experience. Its power to shape people's minds and affect people's behavior has been recognized throughout recorded history. The support for user interactivity distinguishes interactive narrative from other narrative forms. By allowing the user to interact, the experience is richer and potentially more engaging. Moreover, interactivity can promote intrinsic motivation in learning, and support learning in context and replay. Therefore, interactive narrative can be potentially a more effective media than traditional narrative.”
Si regularly presents and publishes her work. She has recently presented on “Activating Narcissus: Cognitive and Affective Systems Transformed Through "Serious" Game Play” at the International Conference on the Philosophy of Computer Games; “Foreign language learning in immersive virtual environments” at the IS&T/SPIE Electronic Imaging conference, and “Modeling Rich Characters in Interactive Narrative Games” and GAMEON-ASIA.
Her recently published work includes “D.V. Modeling Appraisal in Theory of Mind Reasoning” in the Journal of Agents and Multi-Agent Systems, and book chapters “ Virtual Interactive Interventions for Reducing Risky Sex: Adaptations, Integrations, and Innovations” in  Interactive Health Communication Technologies: Promising Strategies for Health Behavior, and “Modeling Theory of Mind and Cognitive Appraisal with Decision-Theoretic Agents” in Social emotions in nature and artifact: Emotions in human and human-computer interaction.