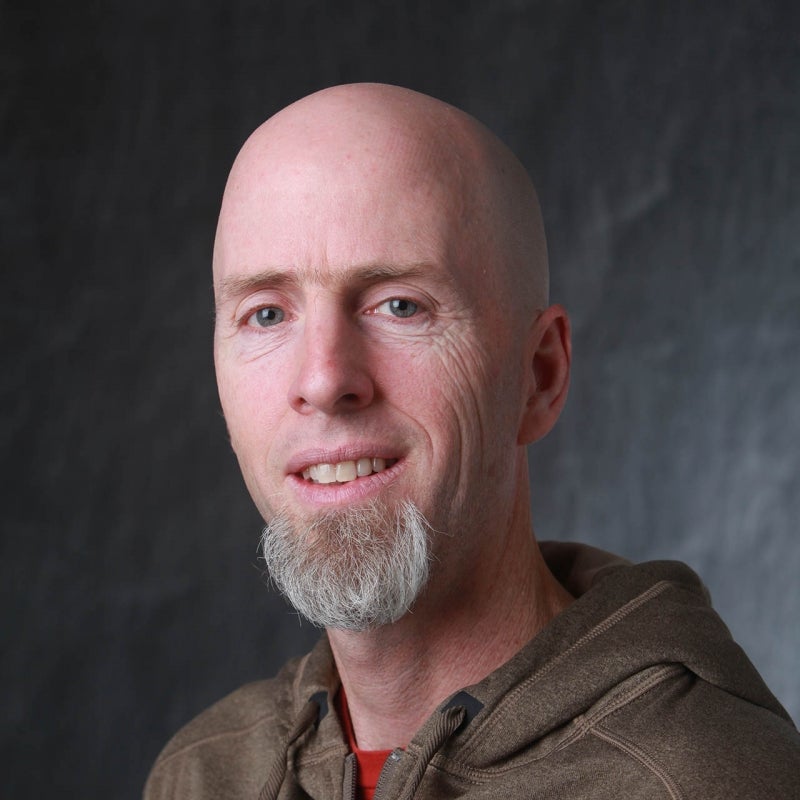 Robert Nideffer joined the Arts department in 2013 as department head. He has exhibited at a variety of national and international art venues including the Museo Nacional Centro de Arte in Spain; the Laguna Art Museum in Laguna Beach, California; the Museum of Modern Art in New York, and the 2002 Whitney Biennial. He has spoken about his work in a wide range of venues both inside and outside the academy. His projects have been discussed in major media outlets including books, journal articles, television, the internet, film and radio. His research involves the integration of real-time data into gaming environments, making a series of high-resolution digital paintings that combine photographic elements with CG environments designed to make their way back out into the physical realm, and laying the groundwork for building a "dirty" shop/studio where he can tinker with wood, metal, and microelectronics out by a lake.
Prior to coming to Rensselaer, he held an appointment in the Department of Informatics in the School of Information and Computer Science at UC, Irvine. In 1999 he founded the Game Culture and Technology Lab, which raised over $5,000,000 in sponsored research grants with a variety of academic, federal, and international partners. He was made a tenured Associate Professor in 2002 and a Full Professor in 2008.
In 2005 he founded an undergraduate program in Game Culture and Technology. From 2005-2007 he was Co-Director, and from 2007-2009 Director, of the Art Computation Engineering (ACE) Graduate program, housed between the School of the Arts, the School of Information and Computer Science, and the School of Engineering.
Currently,  Dr. Nideffer's focus is on helping the department build upon its legacy as one of the best places in the country to push the boundaries of a critically engaged, socially conscious, "un"-disciplined arts, technology, and sciences practice. He's also determined to get better at digital audio mixing and mashing, and reducing the amount of email he receives on a daily basis.

Other affililations: GSAS
Back to top