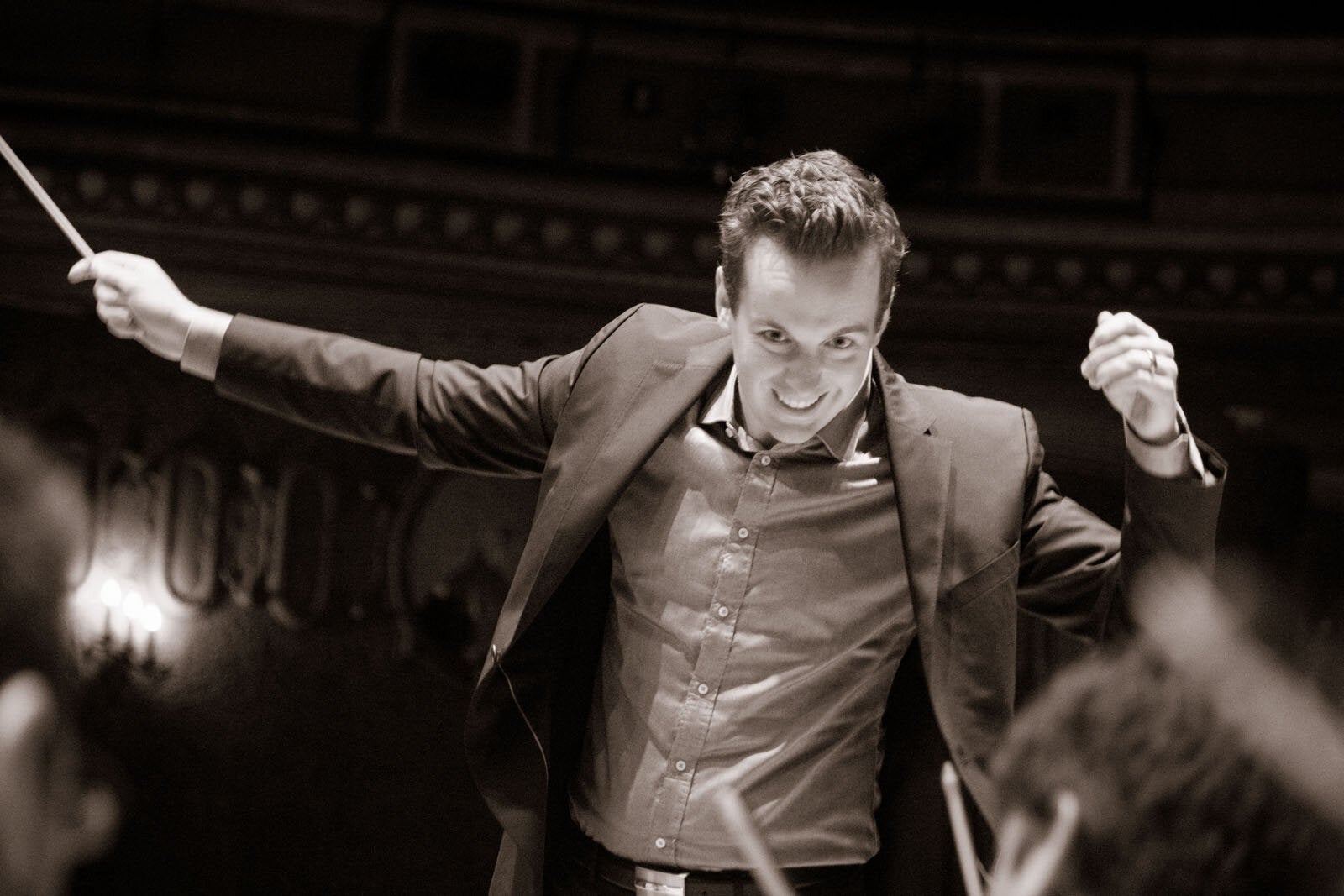 A passionate advocate for contemporary music, Whalen is Co-Founder and Music Director of the Philadelphia-based ensemble SoundLAB.  Of his work with SoundLAB, The Philadelphia
Inquirer wrote, “The diabolical enthusiasm of...Robert Whalen left me nearly begging for mercy...the artistic equivalent of NASA’s New Horizons spacecraft.”

Whalen founded SoundLAB as the Barnes Ensemble in 2016 at the Barnes Foundation, where Whalen also served as Associate Curator for Music, the first curator of music in the 100-year history of the institution.  The Barnes Ensemble has performed a diverse array of music by living composers and projects at the intersection of the arts, social justice, and technology.  Whalen has collaborated with the Philadelphia Orchestra, the JACK Quartet, the Argus Quartet, the Curtis Institute of Music, the Barnes Foundation, Temple University’s Institute on Disabilities, the Free Library of Philadelphia, the American Philosophical Society, and with composers Chaya Czernowin, Zosha Di Castri, Clara Iannotta, Eric Wubbels, and Augusta Read Thomas.  Under Whalen’s direction, SoundLAB was included at the International Contemporary Ensemble’s 2021 Ensemble Evolution Symposium, where industry thought leaders met to discuss and define trends in contemporary performance.

Access to music education and supporting young composers is core to Whalen’s work as a conductor and ensemble director.  With SoundLAB, engaged over 1,000 students from the City of Philadelphia School District around Ligeti’s Ramifications in the inaugural Barnes Ensemble Festival in 2017.  In the same year, Whalen began partnership with the Temple University Institute on Disabilities and the Curtis Institute of Music’s Social Entrepreneurship program that cultivated a musical partnership between artists who use Alternative Assistive Communication and students at the Curtis Institute.  This ongoing project has led so far to the premiere of two co-developed song cycles, lost time (2020) and __[no words]__ (2021).

Whalen’s conducting has been recognized in the US and internationally.  He was personally selected by Lorin Maazel to serve as his Conducting Fellow at the Castleton Festival and has worked as Assistant Conductor at the WDR in Cologne, Germany.  In addition to his instrumental work, Whalen also has significant experience working with the choirs.  Whalen served as Assistant Chorus Master at Opera Philadelphia beginning in 2019 and has conducted the 64-voice professional chorus in preparations for productions of Prokofiev’s The Love for Three Oranges, Handel’s Semele, and Verdi’s Requiem.  During his tenure at the Barnes Foundation, Whalen also served as Director of the Choral Series and Guest Conductor of the Philadelphia Voices in a performance of Einojuhani Rautavaara’s Vigilia, which was praised by the Philadelphia Inquirer: “…programs this thoughtfully conceived and confidently executed are always needed in even the richest of musical communities.”  Whalen has also held the Choral Conducting Fellowship at Yale University’s Norfolk Chamber Music Festival.