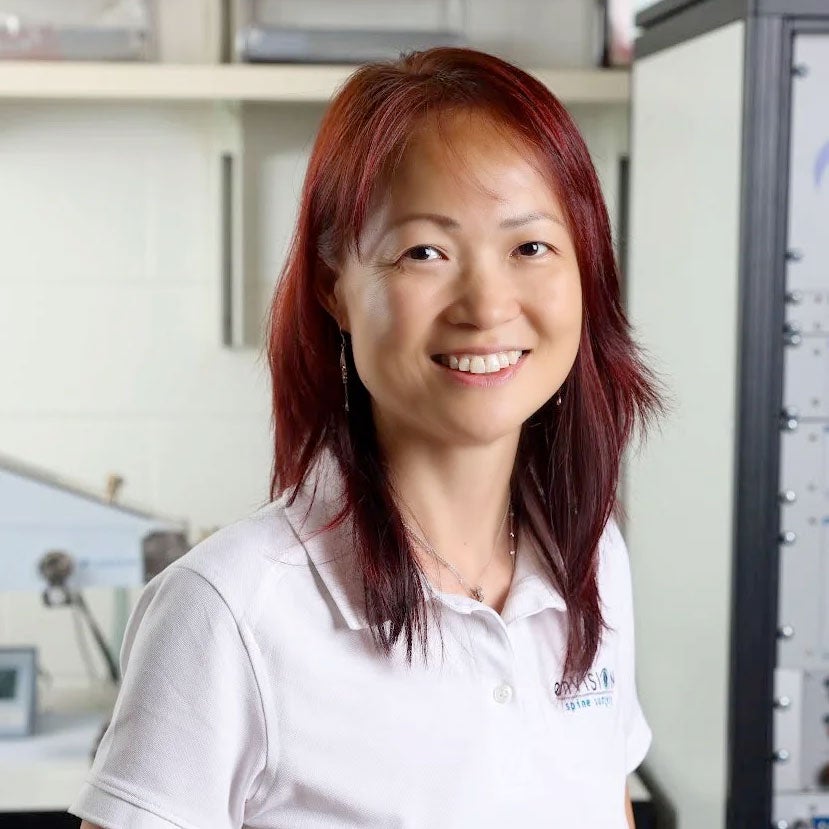 The webpage has been visited

times since the launch of its predecessors in year 2000.

Dr. Liu has over 22 years of experience in neutron and X-ray scattering studies of confined water, nuclear materials, nuclear data, and the radiation effects of materials and devices. Her expertise also includes the methodology to integrate scattering experiments with molecular dynamics, density functional theory, and phase field simulations to explain fundamental condensed matter physics. She also has extensive experience of multidisciplinary education and research management, including leading educational research with economists and psychologists.

The following is a selection of recent publications in Google Scholar (Dr. Liu has 62 indexed publications in the subjects of Engineering, Physics and Astronomy, and Energy.)

To learn, practice, and critique effective scientific seminar and technical writing skills. Students develop presentation and writing skills that will be essential during their entire professional careers. These skills will improve as students respond to critical feedback, and seek to make scientific information understandable to scientists, peers, and the general public.

A survey of atomic and nuclear phenomena and their application in various engineering disciplines. Systematics of atoms and nuclei; nuclear reactions and their characterization; radioactive decay; fission and fusion energy release; radiation effects on materials and biological systems; radiation production, detection and protection. Applications in energy production, manufacturing, medicine, etc.

MANE 4410 Applied Atomic and Nuclear Physics (AANP, Spring - some year depending on availability)

ENGR 2600 Modeling and Analysis of Uncertainty (MAU, some terms)

Appreciation and understanding of uncertainties and the conditions under which they occur, within the context of the engineering problem-solving pedagogy of measurements, models, validation, and analysis. Problems and concerns in obtaining measurements; tabular and graphical organization of data to minimize misinformation and maximize information; and development and evaluation of models. Applications to problems in engineering are emphasized. Prerequisite: MATH-1010.

During semesters, Thursdays 1:30-3:30PM or by appointment.

In the past many years, Dr. Liu focuses on:

She will continue to do so for a better society and mankind.

The most recent 10 presentations are:

The most recent 10 presentations are:

The following is a selection of recent publications in Google Scholar (Dr. Liu has 62 indexed publications in the subjects of Engineering, Physics and Astronomy, and Energy.)

What is industrial and systems engineering? The core intellectual theme is the analysis and design of systems involving the interaction between human, machines, or nature. Such systems are highly complex and require modeling of the variability introduced by the human element. These models are incorporated into the overall system design for optimized and robust operations. ISE is interdisciplinary: it encompasses engineering, management, human factor. ISE is systems oriented: it analyzes the interaction and interplay between components in complex networks. ISE is a unique engineering discipline: it integrates the quantitative engineering approach with qualitative insights of human behavior. Learn more.

Check out ISE news and events.