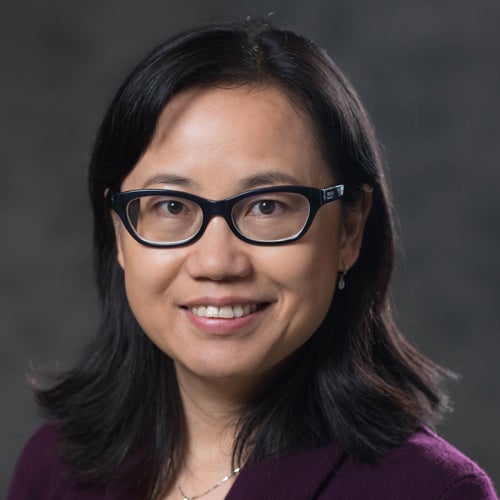 Dr. Li's research interests and activities are mainly in Numerical Analysis and Scientific Computing. Her research focuses on the design and analysis of robust and highly accurate computational methods, especially discontinuous Galerkin finite element methods, with applications such as in wave propagation, fluid dynamics, rarefied gas dynamics, plasma physics, astrophysics, and nonlinear optics. Dr. Li received a Stella Dafermos Award at Brown University in 2004, and was a recipient of Alfred P. Sloan Research Fellowship in 2008. In 2009, she was granted an NSF-CAREER award for her research in high order methods and their applications. Dr. Li. was a plenary speaker at the 2015 Annual Meeting of Computational Mathematics in China (Guangzhou, China) , at the International Conference on Spectral and High Order Methods (ICOSAHOM, London, UK) in 2018, and at the North American High Order Methods Conference (NAHOMCon, San Diego, USA) in 2022. Currently, Dr. Li is serving on the editorial board of SIAM Journal of Numerical Analysis, CSIAM Transaction on Applied Mathematics, and Applied Mathematics and Mechanics (English Edition). She was an associate editor for SIAM Journal of Numerical Computing during 2014-2019.

Dr. Li has been actively involved in Association for Women in Mathematics (AWM) and Women in Numerical Analysis and Scientific Computing (WINASC) Research Network. In 2015, she co-organized a mini-symposium and served as a career panelist at the 8th International Congress on Industrial and Applied Mathematics (ICIAM) in Beijing (China), she was also an invited speaker at the workshop, Women in Applied Maths & Soft Matter Physics, in Mainz (Germany); She has been serving as a mentor through AWM Mentor Network since 2011, and as a faculty advisor of the AWM Student Chapter at RPI since 2016. Dr. Li is currently a member of the Steering Committee of WINASc.