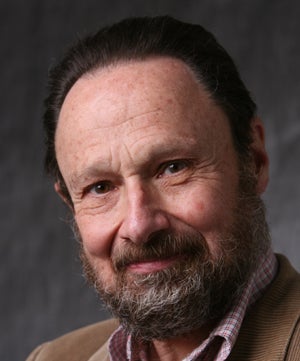 George Nagy graduated from McGill University in Engineering Physics (fencing and chess). He earned his MS at McGill by solving Euler's Second Equation for the hysteresis motor. He was awarded the PhD at Cornell University in 1962 for helping Frank Rosenblatt build Tobermory, a sixteen-foot, four-layer neural network for speech recognition. After a short postdoc he worked on character recognition and remote sensing at IBM Yorktown (and claims credit for IBM's growth during this period). During a reverse sabbatical at the Université de Montréal he recorded pulse trains from cats' medial geniculate nuclei. In 1972 he was appointed chairman of the Department of Computer Science at the University of Nebraska where he dabbled in computational geometry, GIS and HCI, and was eventually inducted in the NHC. Since 1985 he has been Professor of Computer Engineering at RPI in Troy, NY. Nagy's credits in document analysis include Chinese character recognition with Dick Casey, "self-corrective" character recognition with Glen Shelton (with a reprise twenty-eight years later with Henry Baird), character recognition via cipher substitution with Casey, Sharad Seth, and Tin Ho, growing X-Y trees with Seth, table interpretation with Dave Embley, Mukkai Krishnamoorthy, Dan Lopresti and Seth, modeling random-phase noise with Prateek Sarkar and Lopresti, style-constrained classification with Sarkar, Harsha Veeramachaneni, Hiromichi Fujisawa and Cheng-Lin Liu, and paper-based election systems research with Lopresti and Elisa Barney Smith. He tries to keep up with the state of the art by learning new ideas from former students. He is a Fellow of the IEEE and the IAPR, and received prematurely (in 2001) the ICDAR Lifetime Contributions Award. In his spare time Nagy enjoys skiing, sailing, and writing prolix surveys. He looks forward to having more time for family, friends, research, reading and septuagenarian outdoor activities after he retires in June 2011.

The following is a selection of recent publications in Scopus. George Nagy has 198 indexed publications in the subjects of Computer Science, Engineering, and Mathematics.