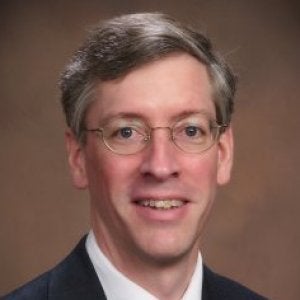 Timothy Golden’s research focuses on remote work, telework, telecommuting, and virtual interactions. He has conducted research in these areas for over 20 years, during which he has investigated a range of related topics, including performance, professional isolation, work-family conflict, the nature of job tasks, career success, exhaustion, coworker relationships, and knowledge sharing, to name a few. His research has appeared in leading academic journals, including the Journal of Applied Psychology, Journal of Management, Journal of Organizational Behavior, Journal of Vocational Behavior, Academy of Management Perspectives, Human Relations, Leadership Quarterly, Journal of Managerial Issues, Journal of Business and Psychology, Psychological Science in the Public Interest, and New Technology, Work and Employment, among others. Golden has received numerous distinctions for his research, including winning four Best Paper Awards. He has frequently been interviewed in the business press, appearing in hundreds of media outlets worldwide, some of which include The Wall Street Journal, Forbes, CNN, MS NBC, U.S. News & World Report, Harvard Business Review’s Daily Stat, Reuters, The Washington Post, Atlanta Journal-Constitution, Scientific American, and New York Times Magazine, among others.

In addition to his research, Golden has served as an expert consultant to the United Nation’s International Labor Organization, the federal government, and to a number of large and small companies seeking advice based on his research. Additionally, he has served in numerous leadership roles in several national and international professional associations. These include serving as president of the Eastern Academy of Management, research adviser to the International Telework Association and Council, program chair of EAM, track chair at the Southern Management Association, and as chair of the Graduate Scholarship Awards for the Society for Industrial and Organizational Psychology. He is an elected fellow of EAM, and is frequently sought after to speak at conferences and to professional business associations.

Golden brings to the classroom a unique mix of applied experiences in a variety of business settings, combined with an advanced educational background in a broad array of academic disciplines. His teaching has been recognized with several awards, including the Outstanding Teacher Award voted upon by graduate students (twice in three years), as well as winning the Best Exercise Award from the Experiential Learning Association. Prior to working in academia, Golden held several positions in the aerospace, IT, and medical industries, including program management, systems engineering, and space flight engineering working with NASA’s space shuttle program.

Education & Training
Back to top